13th May 2019 - Behind the scenes at a football press conference

I had the privilege of attending a pre-match press conference at my beloved Wolverhampton Wanderers, where Head Coach Nuno Espírito Santo faced the media ahead of the final game of the Premier League season against Liverpool.

It was one the busiest pre-match ‘pressers’ of the season and was crammed full of TV, radio and print journalists all eager to quiz the manager on a game that could potentially have decided the season’s title. 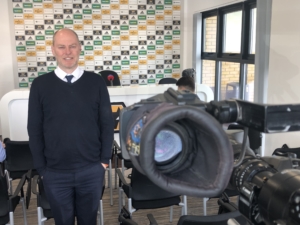 Nuno walked into the room and shook everyone’s hands before taking his seat alongside Head of Media Max Fitzgerald at the front of the room. It was a great touch, and the journalist next to me said that, in his experience, very few high-profile managers do that.

Sky Sports’ Johnny Phillips kicked off the questioning because they are top of the media pecking order when it comes to football. Once the TV boys had finished their turn, Max said “cameras off”, denoting that it was the end of the questioning for output that could be broadcast with immediate effect.

“Cameras off” meant that the nationals and other print press could have their turn, questioning Nuno for articles that would appear in the following day’s newspapers. 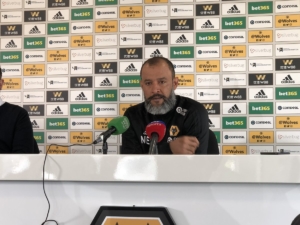 And then he was off. Nuno exited stage left in a presser that took barely 15 minutes and was gone, leaving the assembled throng to it. Camera operators started to pack up, radio staff turned their recording devices off and print journalists fired up their laptops and made calls to news desks.

The most fascinating part of the day was listening to the journalists moaning about the manager afterwards because of the lack of newsworthy ‘lines’ that they could use to make headline-grabbing back pages the next day.

My PR career has always been focused on working with clients to give journalists what they want (within reason) in order to secure great media coverage. But watching Nuno was a masterclass in the reverse – speaking to the media without giving anything newsworthy away. It is a game that Nuno is well versed in and a game that he plays well. 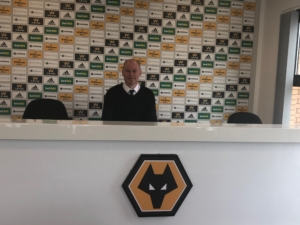 OK, so I don’t go to these pre-match press conferences week in and week out, but I couldn’t help thinking that these guys write for some of the biggest newspapers in the country, so they know how to play the game just as well as Nuno does. If they come away empty-handed, then, in football terms, they’ve missed a sitter.

Having sat through the presser, there were some lines that were newsworthy, but in fairness they weren’t big enough for the nationals to get excited about.