I bet the marketing team at the Halifax bank thought they were on to a winner with their latest campaign, which features legendary cartoon character Top Cat.

With the antics of the animated 1960s wise-guy hustler, who was always getting one over Officer Dibble with friends Benny the Ball, Choo Choo, Brain and Fancy-Fancy, about to hit the big screen in cinemas across the UK this summer, the idea of piggy-backing on the sure- fire hit should be a great way to promote mortgages.

Top Cat, whose close friends get to call him TC, was always trying to hit the big time and the trappings that go with it – such as living in a big house. And so the advertising has been rolling across a variety of media from TV adverts to billboards that say “Tip Top! For home buyers who want extra.” 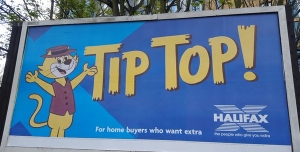 But the campaign aimed at home buyers has opened itself up to some derision – especially as there are high levels of people who can’t afford to get themselves on to the property ladder in areas such as London.

As we’ve come to expect, social media channels such as Twitter are the vessel of outpouring for observations, from the amusing (“If you fail to keep up your mortgage payments, you too could end up living in a bin”) to the acerbic (“He bought it from the council under ‘right to buy’”).

In response, a spokesperson for Halifax said: “No other bank could run this campaign. It reflects our personality and is a real celebration of how our friendly and down-to-earth colleagues support everyone – showing Halifax as the uniquely human face of banking.” 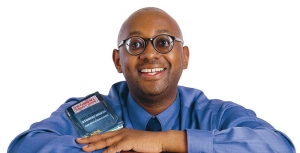 In that respect, Halifax is nothing if not consistent. Remember Howard Brown, anyone?

I bet the deal for the rights to use Top Cat was too tempting to turn down, and I’m sure that the team at Halifax almost certainly had the “bin backlash” covered, but I bet they’re still breathing a bit of a sigh of relief that the Achilles’ heel of the campaign didn’t backfire too badly.