New marketing research has found that six per cent of shoppers have made purchases through social media campaigns and nine per cent now actively following brands online.

The report also found that more than half (54%) of people thought brands or retailers used social media to sell more products, while 43% thought it was “because everyone else is”.

This report is fantastic news as it puts some good numbers around the use of social media in order to generate sales. 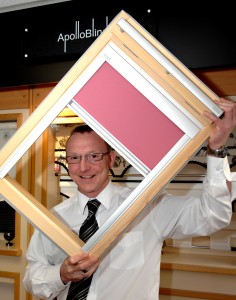 While this is a great average, I have good fortune to work with people such as George Stewart at Apollo Blinds Hamilton who is leveraging much more than six per cent of his sales from social media.

George has more than doubled his sales in the last 12 months as a result of using smart marketing including social media. In fact, he was shortlisted for an award from the British Franchise Association BFA because of his achievements.

The reason why George is so successful is very simple. He uses social media for all of the reasons above to establish his credentials, engage with new and potential customers, showcase his work and capture testimonials from happy customers.