As part of our service, we often get asked by clients for advice about whether they should complement their PR with other forms of marketing such as TV and newspaper advertising.

On the whole, we positively recommend it, as more often than not advertising and PR work well together as part of a wider and more fully integrated marketing campaign.

But there is one word of caution we give to every one of our clients, whatever form of marketing they use. And that is to never make misleading or exaggerated claims about their products or services.

And the reason is simple. Sooner or later you’re gonna get found out, which will inevitably attract unwanted and damaging negative media attention towards you.

Yet for Irish sausage maker Richmond it was clearly a case of finding out the hard way, after it saw a TV ad for its new range of cooked and crumbed hams banned by the Advertising Standards Authority (ASA) for making false claims about the provenance of its products. 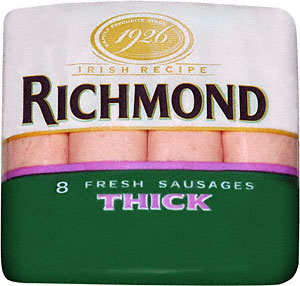 Richmond evidently wanted to cash in on the increasing popularity of British farm produce by claiming in the ad that the product was ‘Britain’s only ham made with 100% natural ingredients’.

However, it turned out that the ham was actually made by Kerry Foods in the Republic of Ireland.

And no sooner had the ad been banned was the whole credibility of the product destroyed in an instant, as national and regional newspapers swooped in to cover the story.

But what was quite extraordinary and amusing about Richmond’s embarrassing PR predicament was the manner in which it was found out in the first place.

The ASA received nearly 400 complaints about the advertisement although the focus of their attention was not on Richmond’s porky pie provenance claims but on the explicit nature of the ad.

In a light-hearted bid to portray a wholesome, natural image, the advertisement showed a nude man strolling through the countryside past a group of naked picnickers singing the words ‘Oh Richmond ham, as nature intended’.

Ironically, the ASA made no objection to the nudity, which from a PR perspective would’ve done no harm to the brand at all, but pulled the ad on the grounds that it misled consumer’s about the product’s origin.