We may have seen it time and time before – yet despite all the high-profile stories it is still astonishing to think that many employees are still blissfully unaware of the dangers of airing grievances about their work on social networking sites, such as Facebook and Twitter.

And now the latest case to hit the headlines is nationwide bus operator First Bus, which has been left to pick up the PR pieces following revelations about a number of its drivers using a Facebook group to bad-mouth their elderly passengers.

Several First Bus drivers from the Helston area of Cornwall are believed to have taken to the social networking site to mock pensioners who have been complaining to them about a recent 50p hike in fares for travel before 9.30am. 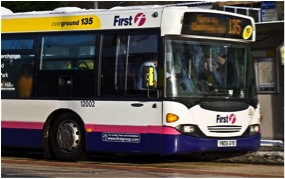 But their foul-mouthed online conversations, which included comments such as ‘F*** them, they get away lightly as it is’ and ‘B******s they are, make them pay full fare!!!!’, were reported to the company by the administrator for the online group and an outraged member of the public.

As a result, their Facebook indiscretions have landed them in serious PR hot water, as the company has suspended those drivers involved and launched an immediate investigation.

FirstGroup also issued a public apology and released a statement explaining that the views expressed by the drivers concerned were not representative of how the company thinks and feels about its customers.

As virtually any PR practitioner will tell you, despite an organisation’s best efforts to prevent employees from making such social media transgressions, there will always be the occasional isolated incident where a member of staff has simply ignored company guidelines.

Nevertheless, the fact that several bus drivers were involved in this latest social media misdemeanour suggests to us that First Bus failed to take sufficient preventive action in the first place.

However, you can be pretty sure that the company will be putting appropriate measures in place to reduce the chances of a similar incident in future and will be wielding the threat of disciplinary action to hammer their message home.