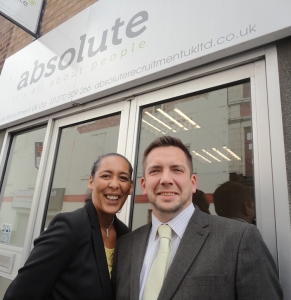 They’re two of the nicest folks you’ll ever meet. They set up their first recruitment company ten years ago and now they have a group of five.

It’s been a simple brief: raise the profiles of the businesses and position them as ethical, responsible and reliable recruiters.

We recently turned down an interview request from BBC2’s flagship news programme Newsnight. It would have been a fantastic opportunity but the truth is that the topic for discussion simply wasn’t the right fit for us. It was a brave move but the right one.

“We had never worked with a PR consultant before, but when we engaged Paul he impressed us from minute one. He took time to not only understand the business but also to really get to know me as a person, to see what made me tick. He helped within our very early years to get the publicity that a fledgling company needs.” Jessica Marshall