It was the BBC’s perfect PR opportunity to showcase its credentials in a year in which it would play a pivotal role in covering several major broadcasting events.

But after a weekend of endless puerile commentary, inane stunts and dumbed-down celebrity-driven drivel, the corporation’s reputation is once again on the line following an avalanche of complaints about its shambolic coverage of the Queen’s Diamond Jubilee celebrations. 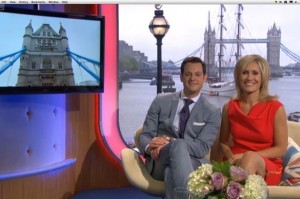 Throughout much of its four-day coverage, which included the River Thames pageant and the Jubilee pop concert outside Buckingham Palace, the BBC somehow managed to lose all sense of appropriateness for what was meant to be a celebration of a landmark event in the nation’s history.

Much of the public outrage focused on a bizarre royal souvenir feature, in which singer-songwriter Paloma Faith and former children’s TV presenter Fearne Cotton showed off a collection of tacky memorabilia, which included a Jubilee sick bag decorated with the Queen’s face. 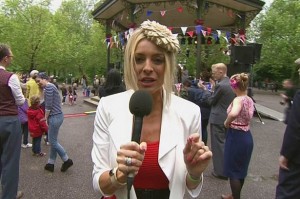 Viewers were equally unimpressed with Tess Daly and former Blue Peter presenter Matt Baker who demonstrated a very evident absence of knowledge and preparation during Sunday’s coverage of the boat procession down the River Thames.

And many were also left feeling angry and short-changed over the broadcaster’s comical decision to cut short its screening of the Diamond Jubilee Concert firework display to make way for another advert for the forthcoming 2012 European Championship.

Yet what has been particularly interesting from a PR perspective is just how much of the negative publicity has come about as a result of the extraordinary number of complaints coming from users of social networks such as Twitter.

In the days before social media, the BBC may have been comfortably able to ride out the PR storm with a few words of apology on its Newswatch programme without too much fear of sustained media furore.

However, what this weekend’s events should have clearly taught the BBC is that since the advent of social media it simply has no place to hide whenever TV licence payers turn against it.

But if there are any crumbs of comfort that the corporation can at least take from this then it has to be that it still has time to get things right before the all-important Olympic Games, which start in little more than six weeks’ time.