A sense of humour is not something you would generally associate with the police. Yet one particular police force has just shown us that putting a jocular spin on things can sometimes help get the message across about a serious matter.

Surrey Police has just raised a big smile amongst its Twitter followers after it sent out a series mirthful messages warning people about the dangers of driving in wintry conditions – by making a play on the 1990s Vanilla Ice hit Ice Ice Baby. 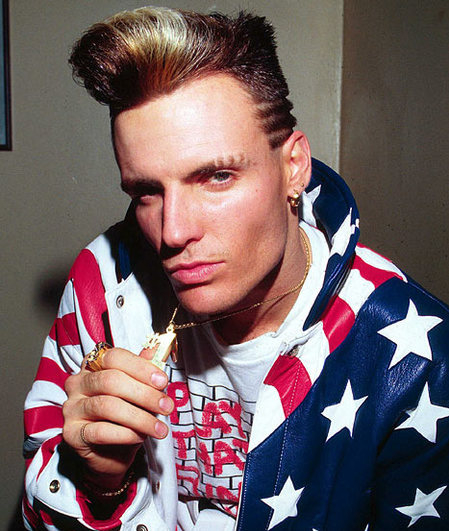 The tweets, which were written in a similar style to the 1991 one-hit wonder Vanilla Ice, were so ridiculous and unexpected that the vast majority people following the feed found them incredibly funny.

The first of the light-hearted weather warnings kicked off with the message: ‘#IceIceSurrey #IceIceSurrey Alright stop, collaborate and listen, Ice is back and these roads are glistening’.

This was quickly followed by: ‘#IceIceSurrey #IceIceSurrey Slowly, cuz the streets are freezin’, Don’t forget to clear off the windscreen’.

Then finally to complete the rhyme: ‘#IceIceSurrey #IceIceSurrey If ice is a problem, yo, you can solve it, check out this link while my DJ revolves it’.

And the alternative take on road safety certainly made a big impact, with Surrey Police claiming that they had more than 2,000 retweets.

But, rather unsurprisingly, there were still some dissenters, as sticklers for political correctness came out in force to voice their disapproval.

These comments by and large questioned whether it was appropriate to make a laughing matter about something so serious, although some also accused the police of being out of touch for choosing a song that was so out of date.

However, reaction to the tweets has on the whole been very positive.

And quite rightly so too, because all that matters is that the police successfully gets across its public relations messages. And if that means adding a touch of humour on the odd occasion then so be it.