27th January 2021 - Journalists are customers, not the enemy

PRs can build better relationships with journalists if they think of them as customers.

That’s a hugely contentious statement that will stick in the craw of some on both sides of the divide, but the reality is that PRs won’t achieve anything for their clients if they’re not focused on delivering a great service to their journalist contacts.

It’s fair to say that the relationship between journalist and PRs can sometimes be a strained one, as the two camps often have different agendas and objectives, which is why building customer service-focused relationships is so important.

So, where to start?

Listen to your customers

If PRs want to deliver a good customer service experience, then there’s no better starting point than listening to your customers – and the good news is that journalists aren’t backwards at coming forwards offering advice on the subject.

A survey report published in the Press Gazette summed up the divide between PRs and journalists with the headline:

The crux of the article states that 46% of journalists disagreed with the statement that “A significant majority of PRs are up to the job”. That’s a bit of a clunky statement really, but we get the point that half of journalists think that PRs are crap.

The article then lists a series of comments by journalists about PRs, including:

“Lots do not know what makes a news story, omit essential information. Send releases in claiming to be news when they are weeks old…”

“Language in releases is frequently indecipherable marketing bullshit dutifully reproduced to please the client without any thought of the end reader or recipient.”

“The majority of PR contact is poorly-conceived, badly written or worded and lacks any sense of how journalists will consume the material.”

“They think their job is to gate keep and to pester journalists, not to facilitate the communication of information from their organisation to the wider world.”

Some journalists take a different approach. Influential regional business journalist Sam Metcalf is a master of using Twitter to take light-hearted sideswipes at ham-fisted PRs who send him news stories for TheBusinessDesk.

A quick scroll through @Sam_Metcalf on Twitter has such gems as: 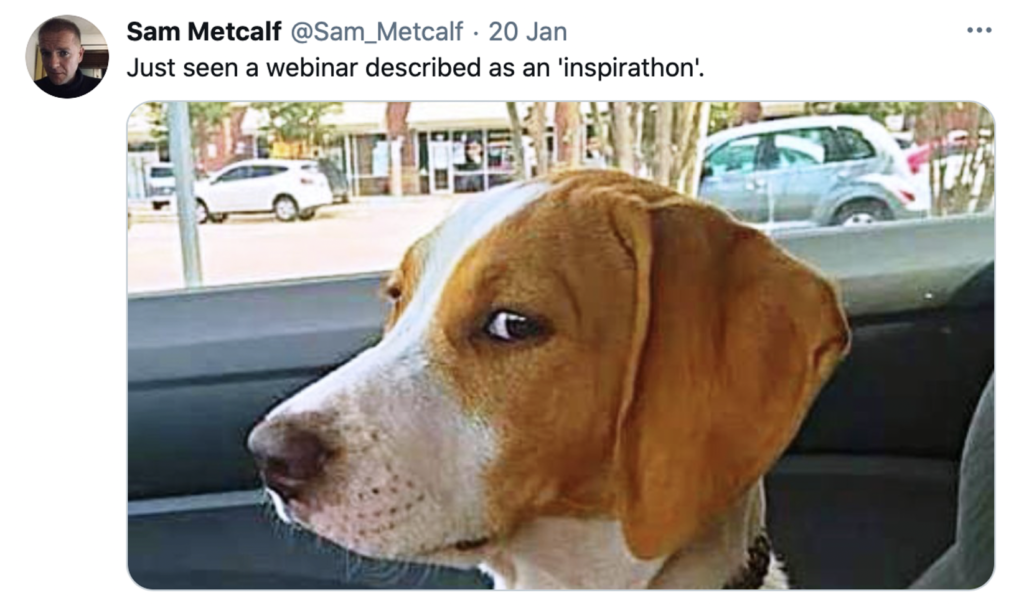 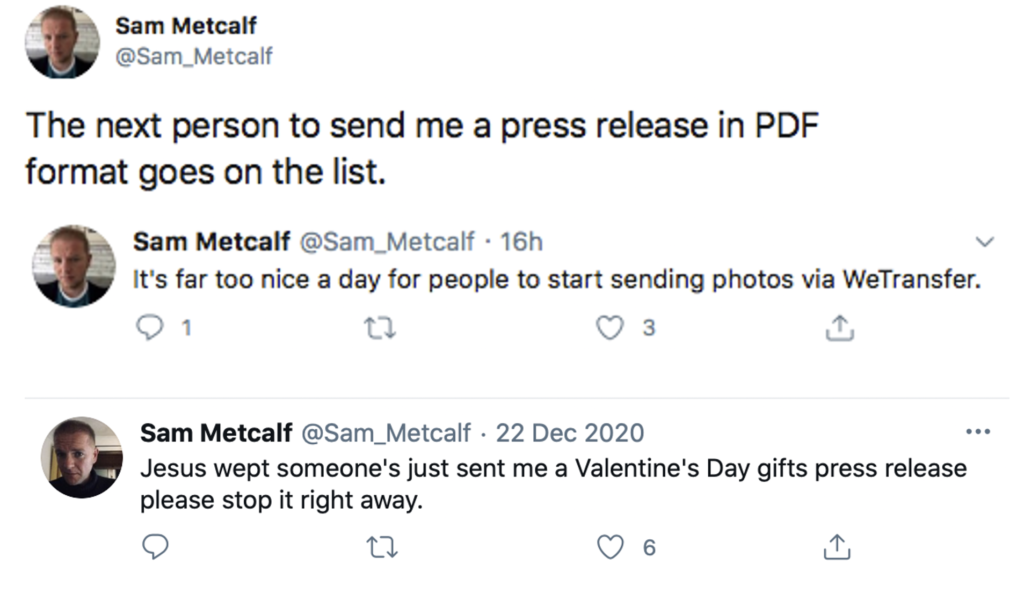 OK, so there’s clearly some work to do by PRs on the customer service experience front, but before we look at how to build bridges (spoiler alert – the comments above give plenty of clues), the survey also asked PRs for their comments about journalists. Here are a couple of choice comments:

“I know that journalists have never been under greater pressures with their workload/volume of media enquiries. But, when we spend a lot of time researching a journalist opportunity, craft a tailored pitch, it would be great to have some acknowledgement that they received it, and an indication of whether they are going to run or not.”

“Local journalists who think they are the Second Coming but who don’t fact check – PLEASE just email me & ask, it’s my actual job to help you.”

This one made me laugh out loud:

“Journalists who bitch about PRs and how lazy and worthless they are – who then turn around and throw a strop because they don’t get free Wimbledon tickets from your brand.”

Instead of a hackneyed step-by-step guide to building relations with journalists, it’s probably better to look at what good PRs do (and don’t do) to demonstrate how they deliver a good service to their media customers.

What good PRs do

“ACME Company’s new machine to double widget production” – this is a great headline for trade media, but the same basic story needs to be adjusted for other media audiences who have different news agendas. Regional business media are far more likely to bite at “Derby widget firm to create 10 new jobs after £100,000 investment in new machinery”.

What good PRs don’t do

Do you get the picture now?

The above lists of dos and don’ts are by no means exhaustive, but they offer some good pointers. By following these, you won’t go far wrong in building relationships with journalists and delivering a great (customer) service to them – for the benefit of your clients.