When a story emerged in the national media about a customer who found a stomach-churning foreign body in his KFC box meal, it was clear to anyone in public relations that not even some seriously finger lickin’ PR would dig the fast-food chain out of this one.

According to several leading national newspapers, a customer popped in for lunch at its restaurant in Colchester, Essex only to storm out feeling sick and disgusted after one of the most revolting dining experiences you could imagine.

Musical theatre student Ibrahim Langoo casually tucked into one of two chicken pieces, which formed part of the Gladiator box meal he and fellow student Laura Canning had ordered, but only seconds later wished he hadn’t. 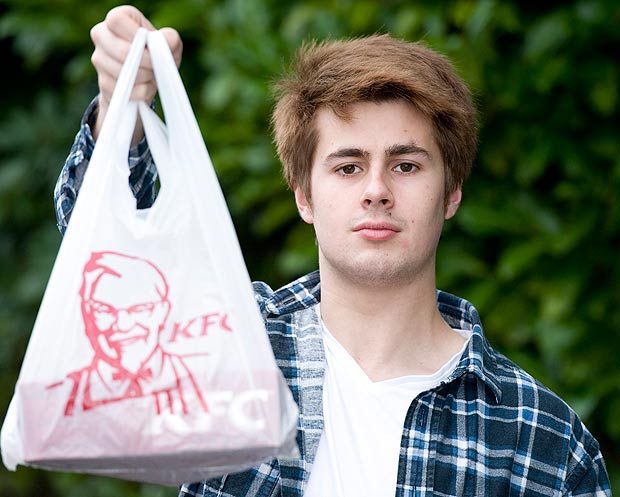 After taking his first bite, to his revulsion and horror, Langoo discovered a foreign body that very much resembled the look of a wrinkled brain.

It’s believed that he then immediately threw it down onto his tray, took a photograph of his gross discovery and went to the counter to complain.

Thinking he would vomit, the 19-year-old then got out of the restaurant as quickly as I could, vowing never to dine at a KFC again.

The fried chicken chain was left with little choice but to issue a grovelling public apology to Mr Langoo along with an explanation as to what they believe went wrong.

Now you don’t have to be a public relations expert to realise that admitting the foreign body was a brain is going to do little good for your public profile, especially if you’re in the middle of an expensive advertising campaign.

So perhaps it comes as no surprise that in KFC’s official statement it claims that, in the opinion of experts examining the photograph, the unsightly organ was in fact a chicken kidney and NOT a brain.

Although still not the ideal impression KFC would want to give out, a chicken kidney is at least a more acceptable explanation and it is quite plausible for a kidney to remain unremoved during the preparation process.

So you’ve got to say that, under the circumstances, this is arguably the best PR response that KFC could have reasonably mustered.

Some would even be prepared to say that it was a ‘no-brainer’.