We pretty well all know by now the enormous value that positive coverage in the national media can bring to practically any organisation.

So when you’re a small business, such as Carron Fish Bar in north-east Scotland, making the headlines just once in the national newspapers is a significant accomplishment, but making it twice is a very impressive achievement indeed. 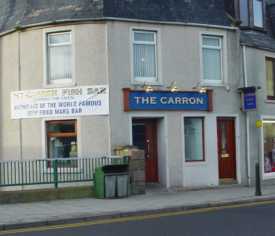 The Stonehaven chip shop had already written its name in the PR history books through its international fame as the official birthplace of the deep-fried Mars bar.

But it has managed to make a name for itself all over again by getting nationwide publicity for a letter from Mars Incorporated itself warning the chippie that deep-frying the popular chocolate bar contravened its marketing principles of encouraging a healthier and more active lifestyle.

Mars wrote to the chippie asking it to put a disclaimer on its menu making it clear that the high-calorie snack was not authorised or endorsed by the confectionery manufacturer as it was not in line with the company’s responsibilities to promote healthy living.

It also said that it had recently cut the levels of saturated fat in its flagship Mars product and that deep-frying the bar defeated the very point of doing it.

The chip shop, which has been serving the speciality for around 20 years, claimed that it was amazed by the request, but would duly comply with the American food giant’s wishes to avoid the possibility of any legal action against it.

Mars is just one of the many ‘unhealthy’ food manufacturers that have recently jumped on the healthy lifestyle marketing bandwagon. So you would have to say that the widespread publicity it has also got out of the letter will no doubt help support the company’s own promotional objectives perfectly.

This leads us to the question we always ask whenever a story such as this turns out to be remarkably convenient for both of the parties involved.

And this, of course, is whether the whole tale was simply conjured up between Mars and the owners of the Aberdeenshire chippie in a bid to boost awareness about each of their respective causes.