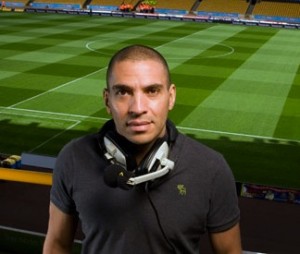 I never thought I’d have much in common with footballer-turned media pundit Stan Collymore. But this week I think we’re both glad justice has been done after a university student was convicted of racially abusing the former Liverpool and England striker on social media website Twitter.

Law undergraduate Joshua Cryer was given a two-year suspended sentence for racist comments which Collymore retweeted to his 230,000-strong Twitter following before calling in the police.

I hope the sentence handed down to Cryer serves as a warning of the perils of shooting your mouth off online. But, sadly, I think there’ll be more fools who come a cropper before real lessons are learned.

Take the case of Liam Stacey, another undergraduate, who this week pleaded guilty to inciting racial hatred over comments he made on Twitter as Bolton footballer Fabrice Muamba collapsed with a cardiac arrest on live TV. 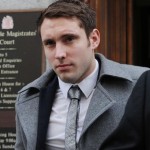 Both Cryer and Stacey are well-educated young men and you’d have thought they’d know better. I guess they can kiss goodbye to promising careers because, in the digital age where employers are increasingly checking the profiles of potential candidates online, they will forever be branded racists and no right-minded company will touch them with a bargepole.

So what are the lessons that can be learned from this?

As appealing, compulsive and addictive as social media can be, it doesn’t mean you have to share every single thought you have online.

Some would argue that Cryer and Stacey got caught up in the heat of the moment but that’s no excuse. We all get passionate about things but that doesn’t excuse or justify idiotic behaviour. Let alone racism, sexism or any other kind of abuse.

Press Save, not Send

For people who can’t fight the urge, then the Save button could be a saving grace. As I’ve said in a previous blog, if people need the cathartic pleasure of getting something off their chest then hit the save button instead of sending it. Then come back to it 15 minutes later and I bet 99.9999% of those messages will be deleted.

If there’s still the urge to send it, then publish and be damned. And you will be.