With a long list of successful Facebook and Twitter campaigns already behind us, social media activity has firmly established itself as part of the service that we offer many of our clients.

But, although we remain keen advocates of Facebook as a public relations tool, one aspect of the social networking site has recently given us and other people in the PR profession increasing cause for concern.

Facebook Likes, which offer users a way to endorse products, services and brands, appear to be losing their credibility, with many public relations practitioners and social media commentators slating them as misleading and totally pointless.

A significant proportion of Likes are now believed to be generated by web bots, using phoney Facebook accounts, which are threatening to undermine the true value of the tool and render it meaningless.

Advertisers are also reporting problems with web bots, complaining that much of their ad expenditure is now going on clicks from fake accounts rather than genuine Facebook users. 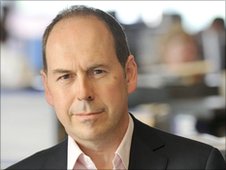 Rory Cellan-Jones - courtesy of the BBC

And just last month, BBC technology correspondent Rory Cellan-Jones published the results of his own social media experiment, in which he clocked up more than 3,000 Facebook Likes in just a matter of days for a VirtualBagelproduct that didn’t even exist.

The current trend is clearly a headache for Facebook marketers and something that the social network needs to take seriously if it is to retain its own credibility as a whole.

Nevertheless, we strongly believe that much of the declining reputation of the Like button still rests with the very people who seek to make use of it.

And this is because far too few companies actually bother to follow up on Facebook Likes through regular updates that encourage users to engage with their brand and make return visits to their Facebook business pages.