This is a guest blog by Tayla Bertans,  a second year at the University of Derby studying Professional Writing with Creative Writing who attended a seminar I gave to undergraduates about planning PR campaigns. 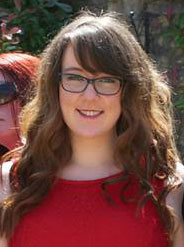 I enjoyed an incredibly insightful lecture from Paul Kirby yesterday at the University of Derby on how PR fits into the current working world. He began by explaining what he does at his PR Company ‘Octopus’ and how it came about that he should work for himself. I found this interesting because he is a prime example of how you can leave university thinking that you are going to do one thing and in fact end up doing something completely different. Its fascinating to me because I have played with the idea of getting into Radio which is what Paul originally wanted to do himself, its very exciting to think that I still could become any number of different things.

Paul then went on to explain about some of the success stories that he has been involved in promoting. For example, he told us about the work he did at Kingsland Primary School in Stoke-on-Trent who decided to build a new classroom out of an old airplane. He explained how he was able to catch the attention of the big news outlets such as the BBC and ITV, which lead to the story going viral and reaching people as far away as New Zealand.

He then got us into two groups, gave us a brief and asked us to work out what we would do to launch the company based on the brief given. It was very interesting because the two groups attacked the brief so differently; he was able to explain to us where the positive points of our plans were and where we could improve. He said that “Everything must pass the ‘so what?’ test.” which actually changed what I am now planning to do for my coursework because his suggestions inspired a new, more interesting idea.

Lastly, Paul explained to us the importance of a memorable CV. I hurried home from the lecture and immediately re-wrote my CV because I felt that it was so far below the mark after listening to what he looks for in a CV. Paul is a very friendly person and I felt very inspired having listened to him. He gave us a real insight into what we could expect should we want to pursue a career in PR and also gave some of us hope that there is still life in the industry of PR – considering the decline in recent years!