We’ve seen a lot of PR bloopers by the BBC in the last two or three years.

But following its announcement that Prince Charles is to guest edit its forthcoming 25th anniversary edition of rural affairs programme Countryfile, few would disagree that the BBC is well and truly back on top PR form this time.

The special programme, which is scheduled to appear on BBC One and BBC One HD in March, will feature the Prince of Wales getting involved in a variety of countryside issues. 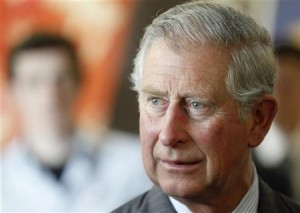 The episode will follow the prince out and about on his organic farm in Gloucestershire, on a visit to sheep farmers on the fells of Upper Teesdale in County Durham and at an inner-city school where he looks at how pupils grow their own vegetables.

It will also feature filming at a national hedge-laying competition which the prince, who is a big fan of the Sunday evening show, holds every year at his Highgrove estate.

It is understood that the programme’s producers are very excited about their royal guest edition. And who can blame them?

The prince has had a long public association with rural issues and, as a vehicle for generating publicity about the programme’s landmark 25 years on air, the outspoken future king is the perfect match for the show.

And so it would seem that the national media also think the same.

Nearly every national newspaper and TV station has covered the story, giving the programme a healthy boost in interest ahead of what will no doubt be a fascinating appearance.