28th October 2016 - How to waste loads of money at exhibitions

Why do companies spend shedloads of money exhibiting at trade shows – only to be let down by staff who are more interested in looking at their phones than talking to potential customers?

I went to a very big trade show recently and was appalled at the amount of exhibition stands where people who were supposed to be there to drum up business were instead hunched over their phones and ignoring passers-by.

So that’s why Union Systems stood out like a sore thumb.

They had a very simple golf game where people had to try to get a hole in one to go into a prize draw to win a Sonos sound system. And their stand was packed – I stood and watched for about 10–15 minutes and there were never less than two or three delegates waiting to try their luck.

It worked for three simple reasons: 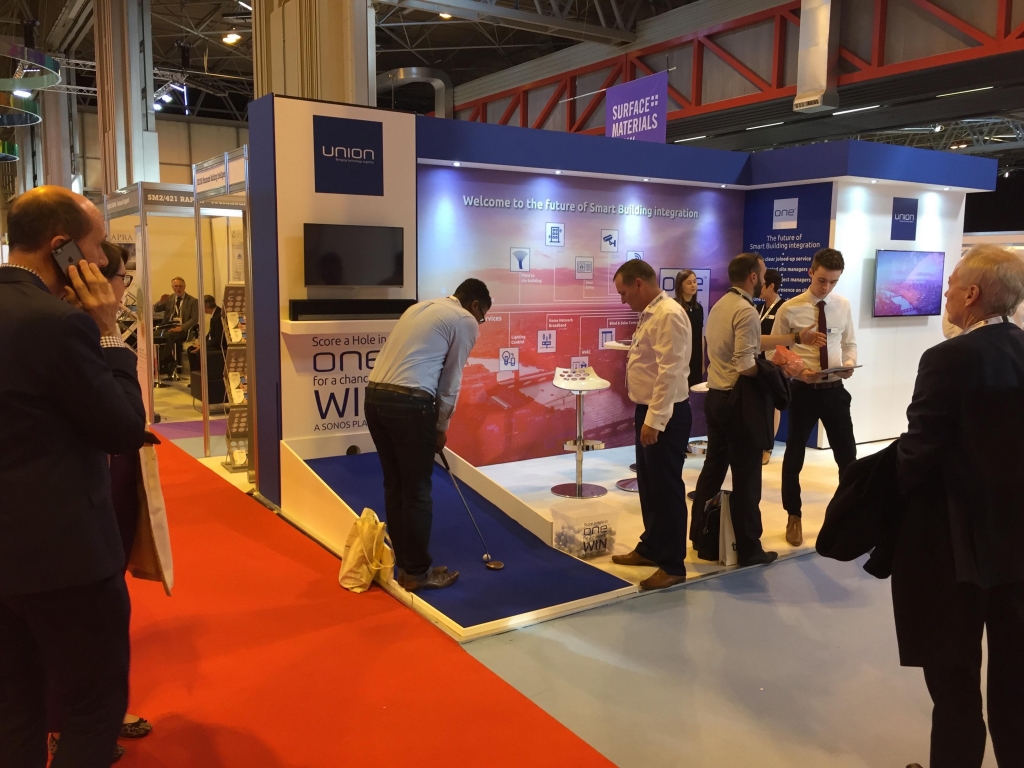 Walking around the exhibition halls, it was clear that companies had spent thousands of pounds booking the space, paying designers to create fantastic stands and then shelling out for staff to be there. And for what?

When those companies analyse their return on investment, I bet they’ll all be saying “we don’t get much from exhibitions”, but how would they know? Just think of the opportunities they missed because their staff were ‘too busy’ scanning emails, checking Facebook or playing Candy Crush.

Well done Union Systems: theirs was a stand that delivered (sorry, I was going old school listening to Adam and the Ants whilst writing this).