Back in June, we told you the story about a hilarious tongue-in-cheek Craigslist ad that showed you just what you could achieve with a bit of PR imagination – even if you’re trying to sell something as lousy as a clapped-out, sickly teal-coloured Pontiac AM GT.

Yet in a grubby Amsterdam hostel, which has grabbed worldwide media attention for describing itself as the worst hotel on the planet, we think we’ve found an example that surely goes one better.

The 127-room Hans Brinker Budget Hostel, which charges just £18 a night, clearly realised that no amount of sales puffery would disguise the fact that it is one of the dirtiest and most poorly appointed hotels you’re ever likely to find. 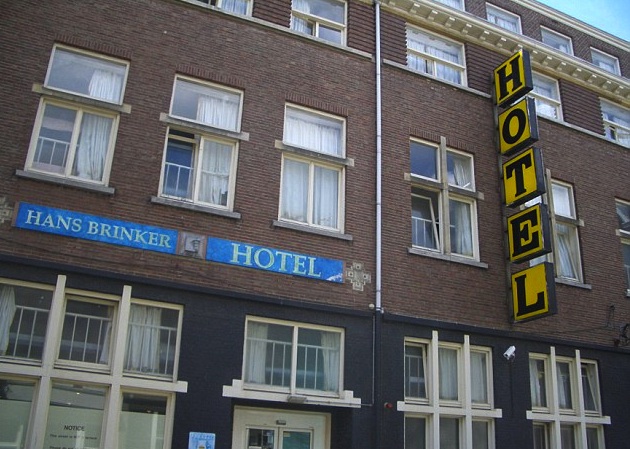 So when it launched a campaign to attract more staying guests, it instead decided to make the most of its undesirable features by marketing itself as the worst hotel in the world.

It then came up with a series of side-splitting self-defamatory advertising slogans, such as ‘It can’t get any worse. But we’ll do our best’, ‘Improve your immune system’ and ‘Now with beds in every room’.

The hotel also bragged about the lack of hot water, its broken lift and the filthy conditions that you’re likely to encounter.

What’s more, it encouraged guests to save on washing by asking them to use the curtains to dry themselves off instead of a towel.

And its brutally honest approach to marketing appears to have done the trick, with students and backpackers from around the world queuing up to get a taste of the squalid conditions and save a bit of cash on their travel accommodation.

Under normal circumstances, you’d have to say that such revelations about the appalling quality of accommodation would spell PR disaster for virtually any hotel.

But, by managing expectations in this way and turning its negatives into a positive, the Hans Brinker Budget Hostel has shown that it is perfectly possible for practically anyone to transform the way they are perceived.