Any media story showing that you deliver great customer service and that you listen to your customers is undoubtedly amongst the best PR you can ever have.

So grocery chain Sainsbury’s must be particularly delighted with the way the national press has picked up on the story of how it renamed its 75p loaf of Tiger Bread after a three-year-old girl wrote in to say that the spots on the crust looked far more like those on a giraffe than the stripes of a tiger. 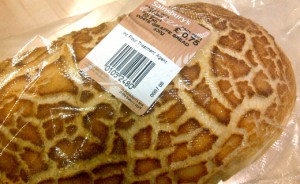 When Sainsbury’s received the letter from inquisitive toddler Lily Robinson, customer manager Chris King wrote back to her saying that he thought her suggestion of renaming the loaf to Giraffe Bread was a brilliant idea.

Lily’s mother then posted the reply, along with the original letter, to Facebook and started a viral campaign to rename the bread in the process.

And once Sainsbury’s realised the weight of online support for the name change, with hundreds of people posting comments and thousands giving it a Facebook Like, the supermarket chain decided to go ahead with the name change on a trial basis.

This then sparked a level of interest that not even a national retail chain could have anticipated, as the national newspapers all quickly clambered in to give their take on the story.

As a reward for taking the trouble to write to Sainsbury’s, the supermarket included with their reply a £3 gift voucher to spend in store.

But for the PR inspiration that Lily has provided, we’d say that the three-year-old’s advice has come exceptionally cheap indeed.