14th September 2015 - Why consumer backlashes can be good for business

It seems that sections of the marketing community are taking Oscar Wilde’s famous quote to heart – as there seems to be a rise in the number of campaigns that are deliberately designed to stir the hornets’ nest of consumer opinion in a bid to get a reaction.

The most recent is from Premier Estates Wine, which, with tongue firmly in cheek, has launched its euphemistic #tastethebush campaign, which features a strategically placed glass of red wine in an otherwise innocuous setting. 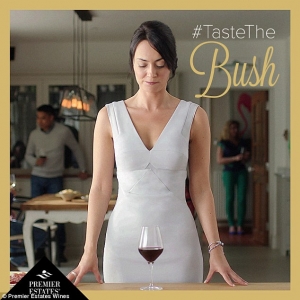 It’s no surprise that the campaign has created a great wave of very polarised and vocal opinion, with those staunchly opposed to and offended by it and those who find it amusing all having their say.

And that’s the point. A lot of people are talking about it.

The real coup here is the Premier Estates Wine’s marketing and PR team’s ability to give the company the confidence to go for it and ride out the inevitable storm of protest.

Let’s make no bones about it: being in the middle of a media ****storm is terrifying, but all storms can die down as quickly as they flare up.

This outweighs the small percentage of customers who have turned their backs on the brand because of the campaign. And I bet a great swathe of the vocal opponents aren’t even the target audience and were never likely to buy the wine in the first place.

So, what’s left is a rise in sales, a great swathe of online debate and acres of media coverage.

I’m sure Premier Estates Wine will drink to that.