What would you do if you got a phone call from a client saying that they’d had a call from a reporter on BBC 2’s Newsnight (the heavyweight news programme requested an interview for a film package ahead of a studio discussion on that night’s programme)?

When Dan Marshall from Absolute Recruitment in Crewe called me to say just that, I’ve got to admit that for a split second I was euphoric. The publicity and kudos for Absolute would have been incredible and I’d have made sure they milked their appearance on the show for weeks and months afterwards (and, if I’m honest, the reflective glory for me would have been brilliant as well).

But the euphoria quickly gave way to an analysis of whether Absolute should give an interview.

By way of a brief explanation, the interview request was in response to a speech by Labour leader Ed Miliband where he said the previous Labour government had got it wrong on immigration and that the rise in the number of foreign workers coming to the UK was an issue. Miliband called for a ban on recruitment agencies that only use foreign workers. In 2006, Newsnight did a piece on migrant workers in Crewe – including an interview with the boss of a local recruitment company – and it wanted go back to the town six years later to see the effect on Crewe’s business and employment economy today. 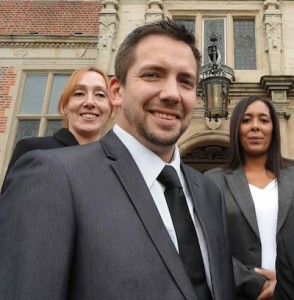 On the face of it, it was a great opportunity. Dan could have spoken positively on the issue, emphasised the practices of ethical recruitment and publicly distanced his group of four local companies from some businesses that have helped forge the idea that Crewe is a hotspot for agencies that only use foreign workers.

Given the coverage six years ago, our gut feeling was that the media had pigeon-holed Crewe and, no matter how eloquent, one business owner was unlikely to change that in one 10-second sound bite – because in reality, that’s all he’d get.

So the crux of our decision to accept or decline the offer was: how well would Absolute come out of it? In the end, it wasn’t the right thing for Absolute so we politely declined and both Dan and I are so glad we did. There was clearly an agenda to the piece and, no matter how good Dan would have been, he’d have been peeing in the wind.

Reflecting on saying no to Newsnight leads me to the perennial question of whether all publicity is good publicity. After 15 years in PR, I’m still none the wiser. What do you think?