Death and taxes top the list of life’s certainties. Coming a close third it seems is the fact that any marketing or PR campaign featuring women in underwear, bikinis or very little else will be a sure-fire hit.

We can debate the rights and wrongs of this until the cows come home, but never has the maxim ‘sex sells’ been truer.

This was exemplified recently by TanOrganic’s stunt to raise awareness of the risks of melanoma. 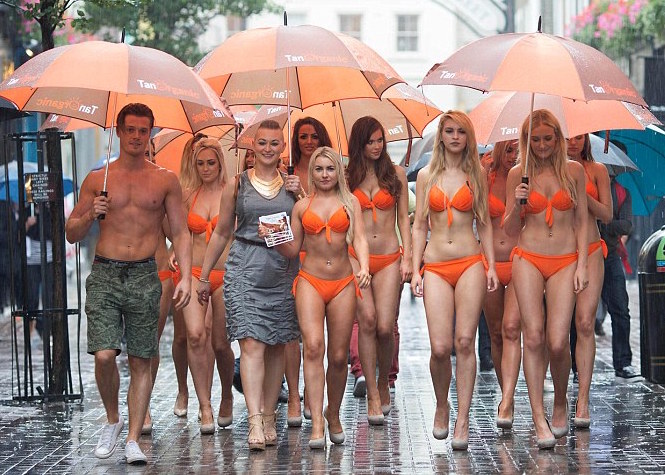 Picture thanks to PA

OK, so it’s not the greatest leap of imagination to suppose that a firm that says it is the world’s first ECO-certified self-tanning brand would conceive a campaign involving women in bikinis – even if it was a very noble way of drawing attention to skin cancer.

And, on paper, running such a campaign in August makes perfect sense because it is peak holiday season.

However, the unreliability of the British weather both scuppered and became the saving grace of the campaign in one fell swoop.

A lot of PR stunts would be dead in the water if the heavens opened on the day of a press launch – but not TanOrganic’s. They probably got more press coverage for their bikini-clad damsels in distress sheltering on a day when a month’s worth of rain fell in a few hours in London.

TanOrganic’s phoenix from the flames (or flood) success is clear evidence that sometimes PR pieces that simply appeal on a basic level can be just as popular as cleverer campaigns. While raising awareness of skin cancer can only be a good thing, I can’t help but dream of a day when promotion based on resort wear is a last resort – not a marketer’s top trump.