There were so many outstanding Team GB performances at the Olympic Games: Mo Farah’s track double-double, Jason Kenny riding in to the record books at the Velodrome, The Brownlee brother’s one-two in the triathlon. The list goes on. 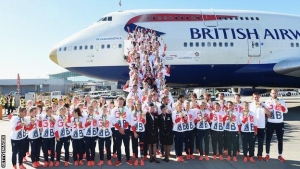 However, for me, the real star of Rio 2016 is somebody that I’ve never heard of – and, am unlikely to ever learn their true identity.

The person whose performance at the Olympics was nothing short of brilliant was the National Lottery’s PR.

Every time you watched a Britain being interviewed after their medal-winning performance, they all said thank you to the National Lottery – as it was the source of funding that enabled the athletes to pursue their dreams in a wide range of disciplines not only to get to Rio, but to make it onto the podium.

The National Lottery’s PR played a blinder coaching and briefing all the Team GB competitors so they got the plug in – and, they did it with sincerity.

It was this authenticity that, in my opinion, amplified the message that the money raised by everyone who plays the National Lottery has really paid dividends both individually and as a collective.

It has also succeeded in making Joe Public feel like they were part of Team GB’s success – and what better way to keep the public playing the National Lottery for four more years.