Following much of the recent debate about the future of Facebook as a viable long-term business model, many of us in the PR fraternity have been openly speculating as to where Twitter is planning to take its own rival social networking service.

However, now that the microblogging site has successfully completed the trial of its first official hashtag page, in collaboration with North American motor racing body Nascar, it is fair to say that we now have a much clearer indication of the shape of things to come.

In a bid to highlight the potential of its new service, the online social platform aired six 15-second ads, its first incursion into TV advertising, promoting last weekend’s Pocono 400 race in Pennsylvania, directing viewers to its first-ever hashtag page twitter.com/#nascar. 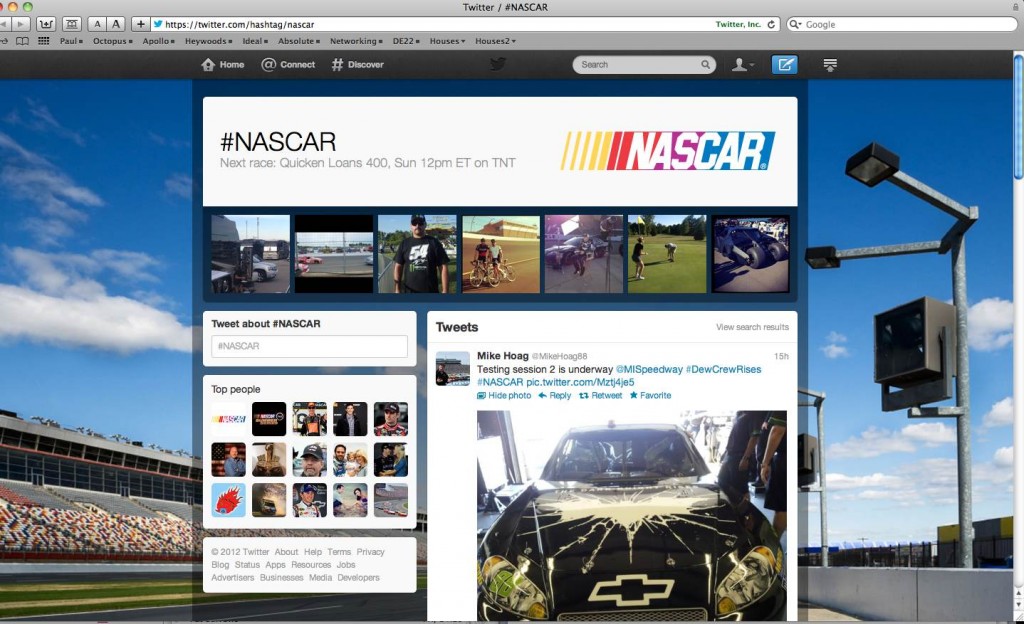 The branded microsite provided visitors with a behind-the-scenes insight during the build-up to the event and throughout the racing action via a curated feed of selected Tweets from drivers, fans, pit crews, celebrities and the media.

The fully featured page also offered fans access to a slideshow showing all the latest pictures posted to the site, along with a set of links to other popular Twitter feeds connected with the event.

What will strike many people first of all will surely be the similarities that the dedicated hashtag page has with Facebook’s own brand pages, both in terms of look and feel and the chronological nature of information.

So, as with Facebook’s new Timeline format, Twitter hashtag pages will offer brands the opportunity to present a more dynamic side to their company through a place where something is always happening in the form of regular company announcements and contributions from followers.

However, despite their obvious PR potential, many companies will nevertheless remain cautious about setting up their own hashtag pages in view of recent cases where the Twitter community has used hashtags to take a swipe at popular brands.

And this can be a source of particular PR embarrassment, as underlined by the launch of two promotional hashtags by McDonald’s earlier this year, in which disgruntled Twitter users hijacked the campaign to vent their negative experiences of the restaurant chain.