It is perhaps fair to say that in virtually all forms of marketing, with PR being no exception, some campaigns just don’t go according to plan no matter how well conceived they are.

Sometimes it’s a case of the right campaign, but at the wrong moment.

Sometimes, particularly in PR, you’re never quite 100% sure what you should say or do, knowing full well that you are damned if do and damned if you don’t.

And more often than not, you are simply at the mercy of the media, who will jump at any chance to blow the few odd negative reactions out of all proportion. 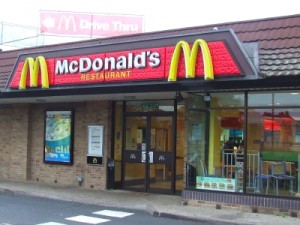 So take the case of a current McDonald’s Twitter campaign that, despite its good intentions, has already blown up spectacularly in the hamburger restaurant chain’s face.

The American fast-food giant launched two new hashtags, #MeetTheFarmers and #McDstories, on the microblogging platform in a bid to highlight its use of fresh produce through its relationship with its agricultural suppliers.

Although the idea started well, with McDonald’s fans posting tales of their happy eating experiences, the #McDstories hashtag was quickly hijacked by dissatisfied customers and opponents of the brand.

Within a matter of days, the hashtag had become the focal point of negative public sentiment towards the company and was inundated with horror stories ranging from food poisoning and projectile vomiting to claims of finding a toenail in a Big Mac.

But as PR and social media practitioners, we reckon that this particular social media calamity is more of McDonald’s own making than first meets the eye.

It seems that the backlash almost immediately followed a specific message posted on the fast-food giant’s behalf, which said “‘When u make something w/pride, people can taste it,’ – McD potato supplier”.

And the reason it triggered such a hostile reaction from the Twitter community is patently clear.

Twitter is a customer engagement tool not an advertising medium. And, while such messages are accepted practice in traditional marketing, unadulterated promotional self-congratulation simply has no place in social media.