George Michael is the latest celeb to send the media into a frenzy because of his musings on Twitter. 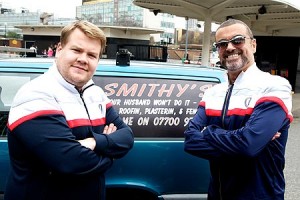 Since his watercooler moment appearance on Comic Relief (go on, I know you wanna watch it again) he has tantalised with his tweets about a going back on the road after vowing never to do it again.

In doing so, you can’t help but admire the way George has worked his online fan base taking them to a fever pitch of anticipation and I’m sure there’s already a queue forming somewhere full of people ready to part with shed loads of cash for tickets to one of his concerts.

It’s another example of how Twitter has changed the rules on the way celebs feed news to their eager fans. Twitter and Facebook pages are arguably now more important than the established PR machinery of stars, record labels, TV stations, film studios, football clubs etc. Mind you, most very quickly cottoned onto this and social media is the vanguard of their PR these days.

George’s case study proves that with a little imagination and a social media plan businesses can do so much more than merely posting snippets of news. If they get it right they can have new and existing customers eating out of the palm of their online hands just like George. A well-defined strategy can build a followings, increase brand loyalty and prompt audiences to take the next step – be it, make a purchase, attend an event or whatever else a business wants to achieve.

But George’s tale also has a flip side. His use of expletives in subsequent tweets is a huge no no. George can just about get away with it as it adds to his notoriety but it’s a line businesses should never get anywhere near, let alone cross.

And if business can learn from George, then maybe George can learn from us. George never cover classics such as New Order’s True Faith – even if it is for charity.

So, if you’re going to compare your business to a celeb, which one would it be? A Creme Egg for the best answer.